Kathryn’s world is turned upside down when she discovers her biological father she’s never met.

“Kathryn Upside Down is a comedy-drama set in Lake Forest, Illinois and Chicago, Illinois; it is the first feature film by writer/director/actor/producer Allie Loukas. The film follows the life of mid-20’s fashionista Kathryn (Allie Loukas,) on her journey of self-discovery as she meets her biological father she’s never met, a plumber, after a toilet disastrously overflows at her mother and stepfather’s upscale garden party.

Running Time: 93 minutes
Tagline: There’s something wrong with her picture.
Genre: Comedy/Drama
Rating: Not Yet Rated
Shot on RED 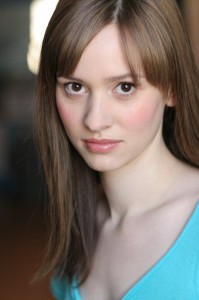 As a film director, writer, actor, and producer from Chicago, Illinois I have taken my passion for filmmaking and have created a low budget film with commercial appeal that resembles a studio picture. My goal with “Kathryn Upside Down, was to give the audience slice of life realism from a female perspective. I worked several jobs simultaneously on this film throughout every phase of production and am entirely self-taught, learning from an encyclopedia of my favorite films. My greatest inspirations include John Hughes, Quentin Tarantino, and Wes Craven. I have a simple and subtle approach to filmmaking; my first thought is always of my audience, and I love creating content for everyday people from all walks of life.